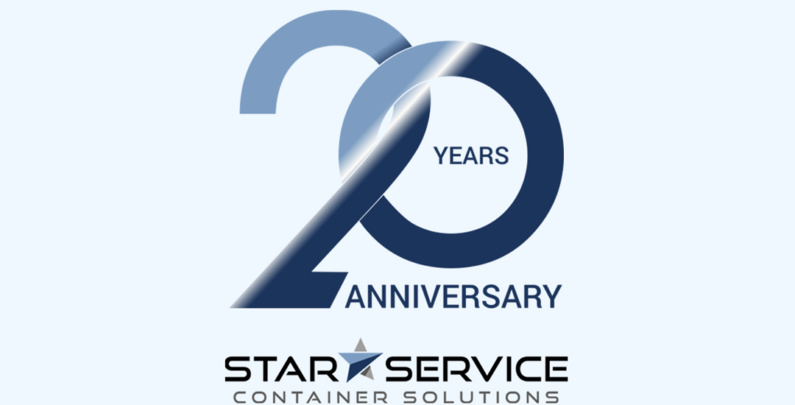 The first days of April 1999 a container 20’Box brown color was delivered to Turin for storage: today that container is still there, a little discolored but perfectly working. Our first container sold to our first customer …

20 years have passed since the beginning of our activity and we are still here, like that first container. Star Service in these two decades has grown and become a leading company in the hire and sale of maritime containers in Italy and beyond. We have personally experienced the changes and the history of our period: the transition from Lira to Euro, the fast growth of the internet with its continuous technological innovations that has revolutionized communications. Our containers have been used concurrently with the main international and national events of these two decades: as support for the Arcobaleno mission in 1999, during the second Gulf War in 2003 until the recent peace and support missions in Afghanistan. After the earthquake in L’Aquila in 2009, Emilia in 2012 and central Italy in 2016/2017 we have supplied containers at the very beginning of the emergency and during the reconstruction (still in progress). In 2015, for the Exomars project developed by the European Space Agency (ESA), we have supplied containers for the transport of important components of this robotic probe from Italy to the Bajkonur cosmodrome.

And since August 2018 some of our containers have been delivered to Genoa as logistic support after the collapse of the Morandi bridge that has devastated our city.

Year after year we have increased the production of brand new containers in China (both standard and special), guaranteeing extremely high quality standards. Since 2012, in partnership with Titan, we have introduced and developed the ArcticStore project in Italy by supplying latest generation of reefer containers: we can deliver container for cold storage to guarantee the storage of goods at controlled temperature (-40°C / + 30°C) with reduced power consumption. In just 6 years ArcticStore brand has become a reference for pharmaceutical, food & beverage and cold logistics companies. We are qualified supplier for the main national sporting and cultural events.

The last year also our staff has grown both commercially than technically with the arrival of competent and motivated new colleagues. Thanks to all our customers that have given confidence to Star Service in these twenty years. Thanks to our suppliers who have allowed us to grow by providing a quality service with the aim to always put “customers first”.

This site uses cookies to improve your experience while browsing the site. Of these, the cookies classified as necessary are stored in your browser as they are essential for the functioning of the basic functionality of the website. We also use third party cookies that help us analyze and understand how to use this website. These cookies will be stored in your browser only with your consent. You also have the option to disable these cookies. However, disabling some of these cookies may affect your browsing experience.
Necessary Always Enabled
Necessary cookies are absolutely essential for the website to function properly. These cookies ensure basic functionalities and security features of the website, anonymously.
Functional
Functional cookies help to perform certain functionalities like sharing the content of the website on social media platforms, collect feedbacks, and other third-party features.
Performance
Performance cookies are used to understand and analyze the key performance indexes of the website which helps in delivering a better user experience for the visitors.
Analytics
Analytical cookies are used to understand how visitors interact with the website. These cookies help provide information on metrics the number of visitors, bounce rate, traffic source, etc.
Advertisement
Advertisement cookies are used to provide visitors with relevant ads and marketing campaigns. These cookies track visitors across websites and collect information to provide customized ads.
Others
Other uncategorized cookies are those that are being analyzed and have not been classified into a category as yet.
SAVE & ACCEPT
Powered by